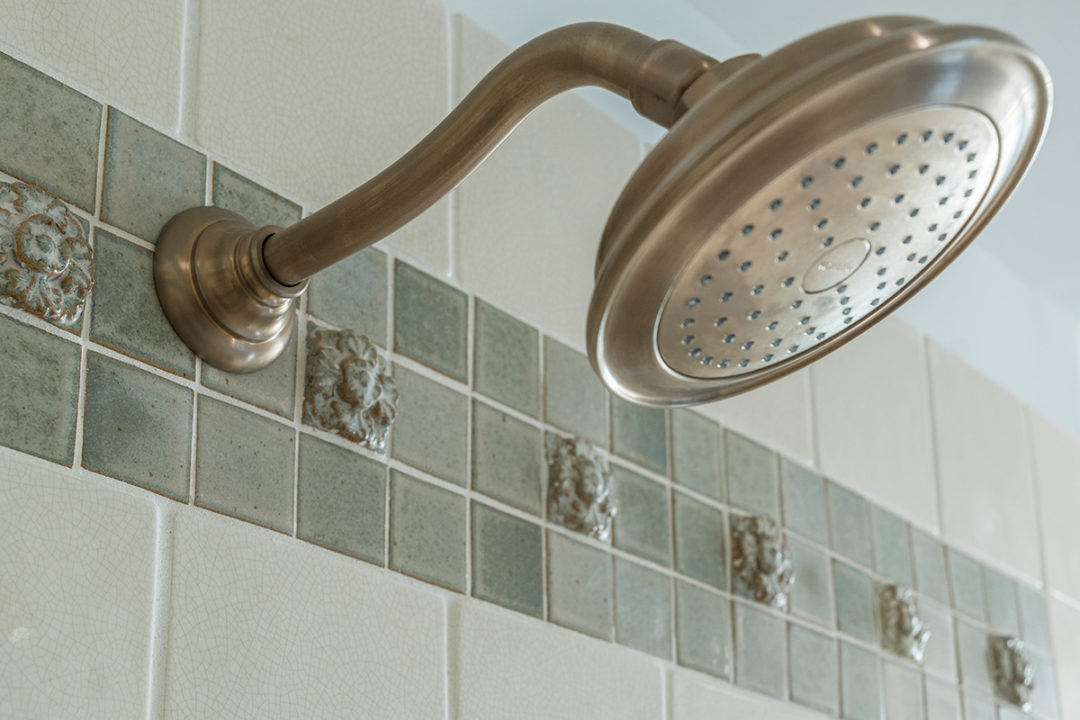 “I’m tall and don’t want to hit my head on the shower head.”  “I’m short and want to be able to reach it to adjust the flow.”  Both are frequent comments we hear from our homeowners.  So is there a “standard” height for placement of a shower head, and what are things to keep in mind when placing your shower head?  Here is a bit more information to help guide your decisions in shower head placement.

Shower heights and clearances should be based on shower safety, comfort, and usability. It should be comfortable for all users and movements and consider a wide range of body types, a range of ages and their needs/abilities (think ADA users).  Also keep in mind any thoughts of future resale of your home.

Most shower heads sit about 78-82” above the floor of the shower/tub.  According to the CDC the average American man is 5’9” tall (average American woman about 5’4”) and that height typically will give about a 12” clearance.  The minimum placement is typically about 72” but for some users, this may still seem tall.  One side note: placement can be adjusted according to the height of the specific user however keep the resale of the home in mind and your average user.  One source had the following suggestions dependent on the height of the shower user:

The shower head placement also depends on the style of the fixture. For example, a handheld shower head may need to be installed a little lower to remain accessible.  Some shower heads and handhelds are on an arm that angles and places the showerhead even higher, so the shower fixture’s specifications should be taken into consideration.

Knowing the type of shower head you want to use may help in your decision-making process of where to place your shower head.

With lots of information available on where to place your shower head, the above information is to simply educate you on industry standards and on other factors to consider when making your decision.  We typically install the shower head about 78” dependent on the arm of the shower head (some come straight out from the wall whereas others pivot or angle up higher).  We discuss placement with our homeowners, especially when working with taller or shorter family members.  After all, when you have various sized family members,  you want everyone to have an enjoyable showering experience and be able to get the shampoo out of their hair.

Love where you live!