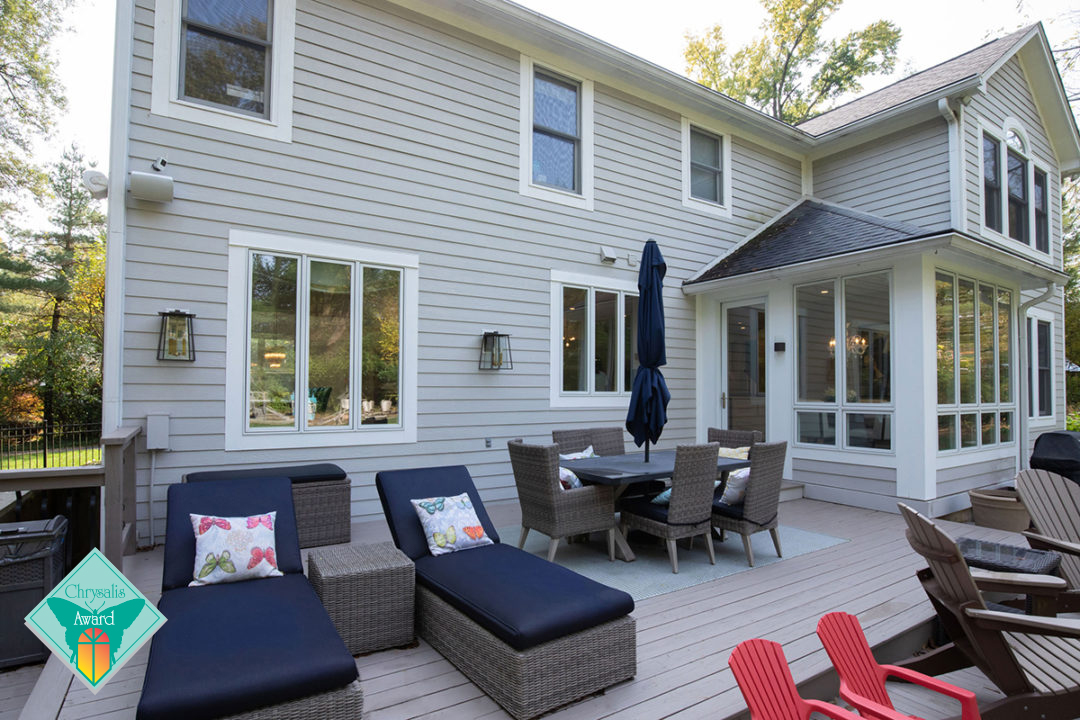 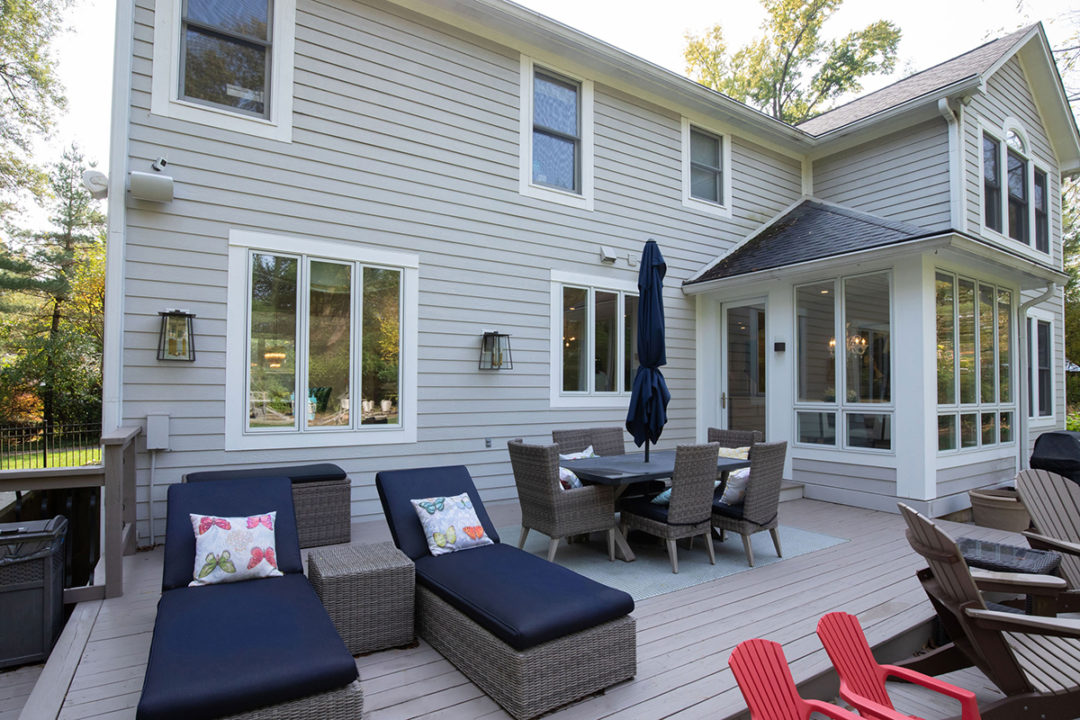 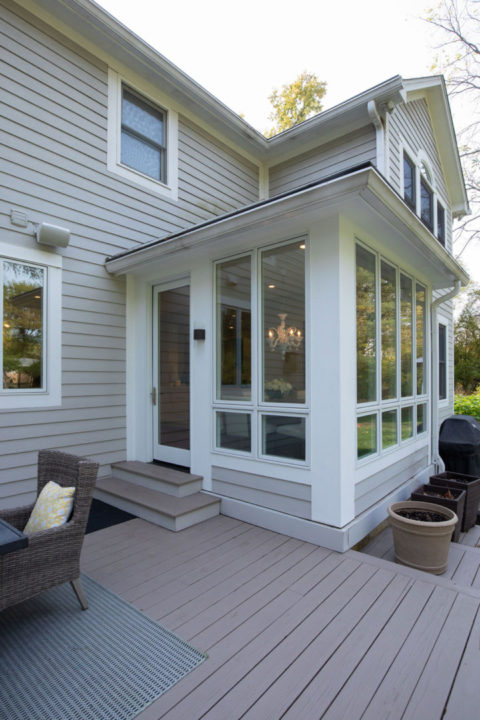 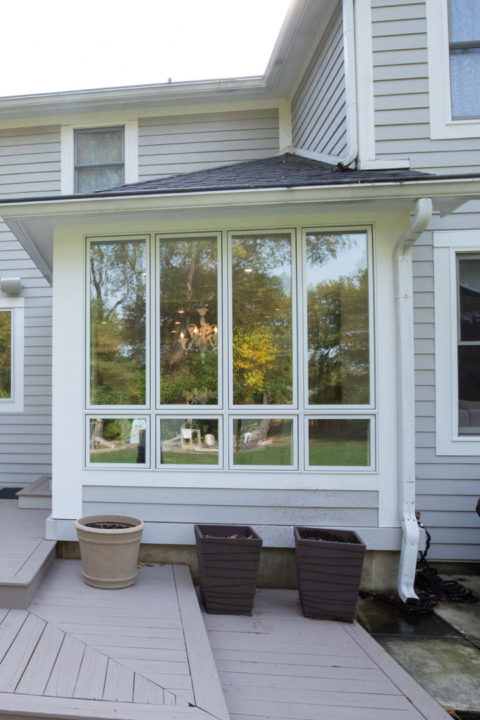 This young family began working with us after struggling with their previous contractor. They were over budget and not achieving what they really needed with the addition they were proposing. Rather than extend the existing footprint of their house as had been suggested, we proposed completely changing the orientation of their separate kitchen, living room, dining room, and sunroom and opening it all up to an open floor plan with entertaining in mind.

By changing the configuration of doors and windows to better suit the new layout and sight lines, we were able to improve the views of their beautiful backyard and increase the natural light allowed into the spaces. We raised the floor in the sunroom to allow for a level cohesive floor throughout the areas. In the process we ensured that the exterior was renovated as well, and as inviting as the interior.

This family is now able to entertain their extended family, both inside and out, entertaining in a glamorous space that feels open and inviting.

In this homeowners’ own words, “They had good ideas on how to make the space flow but they also knew when to push back on my grand (expensive) ideas. We are extremely pleased with the end result!” Read more testimonials.

This beautiful home won an award:

Other Projects for this Homeowner: