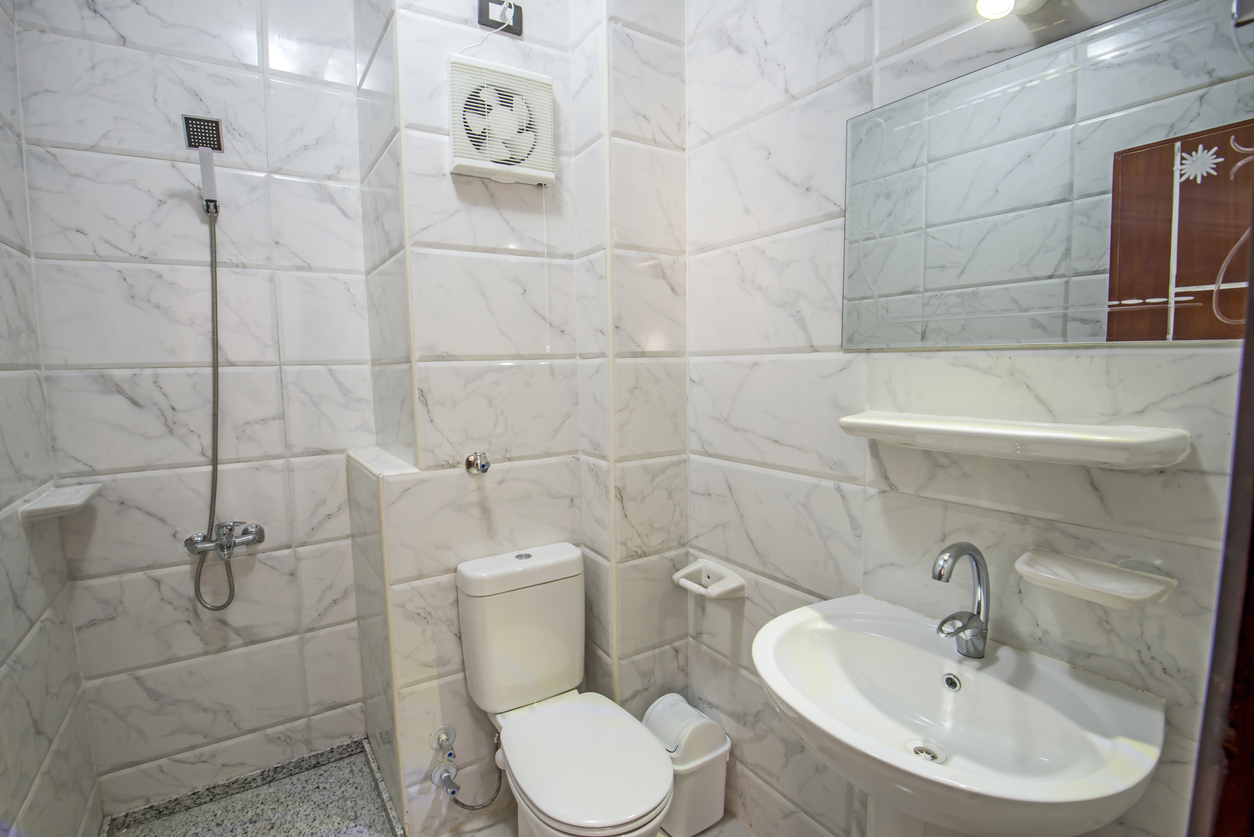 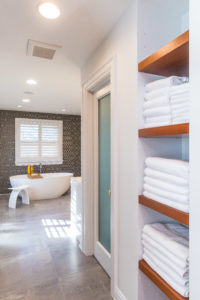 Do you use your bathroom exhaust fan for anything other than removing odors? Believe it or not, the purpose of your bathroom exhaust fan is to remove moisture from the room. Turning your bathroom exhaust fan on during a shower or steamy bath is common sense. However, turning it off right after showering means your fan is only partially effective. According to the HVI (Home Ventilating Institute), for a bathroom to be adequately ventilated, it needs to undergo approximately 8 air changes per hour. They recommend 2-3 air changes or running the exhaust fan during and for 20 minutes after showering to remove all the steam in the room as well as water vapor that may accumulate on mirrors and walls. Additionally, it will also improve air quality, reducing damage to the home from mold, cracked or peeling paint/wallpaper, warping of cabinets, and sagging framing which saves costly repairs.

The importance of bathroom exhaust fans and when to use them

Most people switch on the exhaust fan right before entering the shower and then immediately switch it off, however steam is generated faster than it is exhausted. Furthermore, if there is moisture on the walls or other surfaces such as mirrors, this moisture can evaporate into the air after you shower. It may not look like clouds of steam, but it is detrimental to your bathroom. Running the exhaust fan for 20 minutes longer than showering allows the moisture to be eliminated. The use of a bathroom fan timer switch helps ensure that your exhaust fan runs the optimal time.

Per the International Residential Code, exhausting bathroom air anywhere other than outside of the house is not recommended. This requires the use of varying lengths of ducting. Turning the exhaust fan on creates enough pressure to move the air along the duct and out of the house. If you turn the fan off prematurely, the moist air remains in the ducts and doesn’t get completely exhausted or may take longer to exit the ductwork. Over time, this can result in issues like rust or mold inside the ventilation system. This can compromise indoor air quality and put your family’s health at risk.

How to select the right exhaust fan for your bathroom 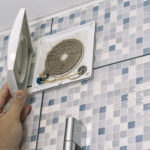 And finally, you need to clean your bathroom exhaust fan at least every 6 months to ensure it is efficient and not a fire hazard. Before choosing a bathroom fan, make sure it’s one that will be adequate for the size of your bathroom and prioritize your wants and needs regarding noise level and the features for maximum satisfaction.